Why Empathy Is The Only Skill You Need, and How You Get It 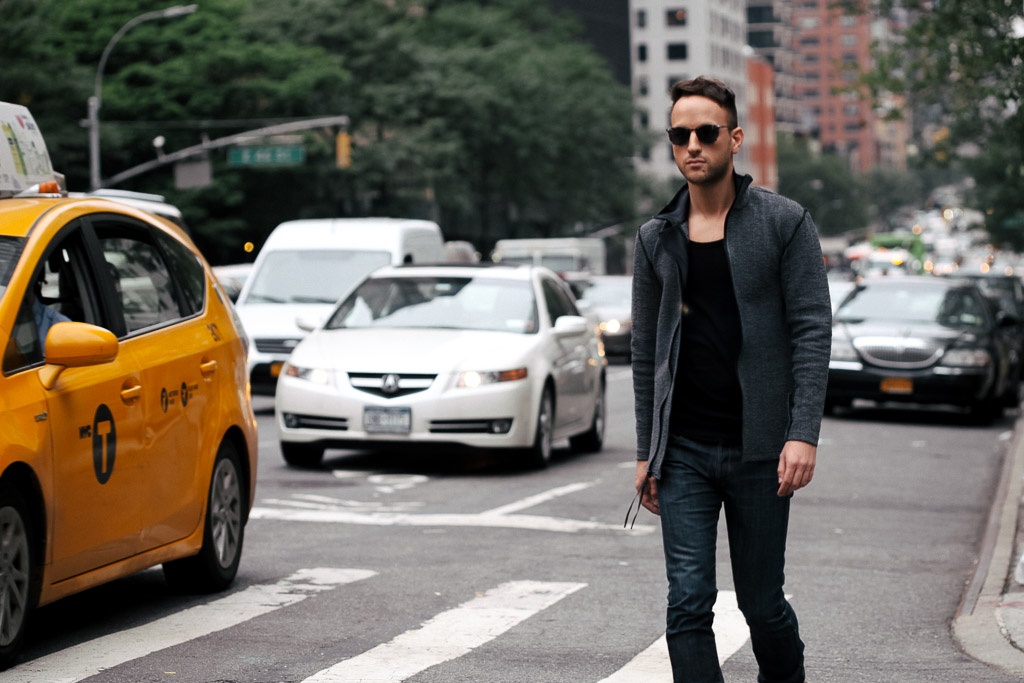 Empathy is the ability to understand what the client is actually asking for, even if they’re requesting something else. Empathy is an instinct that allows you to nudge your clients in the right direction, because you have their best interests at heart.

I think a lot of young creatives get caught up in the fantasy of “creating.” They’re obsessed with the glitz and gloss and they sometimes forget they should be architects building solutions to client problems. A client is seeking you out for a reason. They have a product that needs sold. They need a web site built. These are problems, and you’re selling solutions. And most of the time, clients are people who can’t accurately or completely explain their needs or ideas.

And this is where empathy enters the picture.

If you can’t understand what the client is feeling, or you’re unable to see what their business needs are, then you’re not going to deliver effective work. Which isn’t good for anyone.

Empathy enables to you to step back and assess the situation not from your creative vision — “I want to create a beautiful video” — but rather from the business needs of a client — “I need to create a video that explains the benefits of my skincare line.”

Yes, you might be hired for your aesthetic vision. Your experience. Your point of view. But if you’re being paid by someone to deliver something that solves their problems, it will ultimately fall on you to deliver the solution that actually accomplishes a business goal.

“I learned [from my mother]…to listen with patience and care, and never to interrupt even when people were having great difficulty in explaining themselves, for during such halting and imprecise moments…people are very revealing—what they hesitate to talk about can tell much about them.”
-Gay Talese

I had a client who wanted to create “a viral video.”  Isn’t it always fun when someone wants to create viral content? I was briefed on what the client wanted. It would be a simple video in which a group of people would film themselves speaking directly to camera, and then the footage would be edited into a fast paced monologue more or less.

This is what the client wanted. I disagreed.

I thought doing a spoof video would be more effective, and would in fact go viral much quicker. However, the spoof would have required the CEO to have a sense of humor about herself and the company. It would have required giving up super strict control in creating something that was actually entertaining, and lighthearted. This client had little to no sense of humor, and was militaristic in the levels of control she held over projects. I knew this, and yet still tried to present the project in a way that would make her see how it would benefit her.

My idea was vetoed, and we went with the more corporate version, as she had specified.

I think to this day it has about 100 views. Maybe more anemic than viral.

My point in telling this story?

While I wasn’t able to execute the creative solution I wanted, I came up with the idea by listening to what the client wasn’t saying.

Had I just listened to the brief I was given, I wouldn’t have thought outside of the box to create something that had the potential to actually deliver the goals the client initally gave me — create a viral video. I was delivered a specific brief, but my innate understanding of the brand and marketplace led me to a different conclusion.

Empathy is more about listening to what isn’t said.

From my experience, chances are pretty good you’ll be dealing with a “frustrated creative,” as demonstrated in the previous story. This is someone who had an idea, but lacks the skills and abilities to execute it. Also, sometimes they lack the vocabulary to explain their idea. Or, as in the case above, they lack an understanding of the media and marketplace — had my client not been so determined in her specific vision, she might have been more open to creating an alternative solution that would have actually seen the desired results.

“The best people possess a feeling for beauty, the courage to take risks, the discipline to tell the truth, the capacity for sacrifice. Ironically, their virtues make them vulnerable; they are often wounded, sometimes destroyed.”
-Ernest Hemingway

I think some people are born inherently more empathetic than others. I’ve worked with a lot of people who seem to have no consideration for how their words come across, or little concern for the way they treat others, and well, it’s just kind of depressing. That said, as a creative I’d like to think you’re already on the track towards embracing empathy. I love this Hemingway quote because it sums up the creative lifestyle — to be engaged with the pleasures of the world, you’re also opening yourself up to the pains that are out there as well.

If you’re willing to open yourself up to understanding how other people are feeling, you’re going to sometimes get more than you what you bargained for. Empathy opens you up not only to the beauty, but also the darkness that’s out there.

So how do you develop empathy?

Read books, learn new languages, have hobbies that aren’t related to your career.

I’ve always had a love affair with languages. English is my mother language, but Italian and French are my chosen two, and I’ve spent lots of time studying them and learning the origins of the language. I’ve dabbled in Latin and Croatian, and I’ve learned about Arabic and Maltese, and how they all relate to each other.

For all intents and purposes, this is empathy. By constantly expanding your realm of knowledge and experience, you’re giving yourself countless resources to pull from later on when you’re working on different projects.

Someone once told me that with all of the studying I had done (double major and basically a double minor) they thought my brain should be too full to function. But the point of curiousity is to expand your mind.

I don’t believe in the saying “know a little bit about everything,” I think you ened to dig deeper. Get lost in new topics, tumble down that Wikipedia hole every now and again. Alice tumbled into Wonderland and she emerged an entirely new person. Take that approach and apply it to your creative works.

Look at art. Visit museums. Work on different personal projects. Read new books — different authors will each teach you something new, and sometimes reading a book you absolutely hate can be the best thing for your own creative process. If you don’t want to read it, stop in the middle, no regrets. Reading is the easiest way to directly get into the mindset of someone else. You learn so much about the way characters think and interact, which in turn translates to real life empathy.

As long as you’re always consuming new things, you’ll be developing new understandings. The key is to consume this knowledge with a critical eye. You have to be aware of what you’re taking in, and while I do advocate studying a wide array of topics, it’s still up to you to decide what you want to surround yourself with.

I talk more about this process in Garbage In, Garbage Out, so head over there and read that if you haven’t.