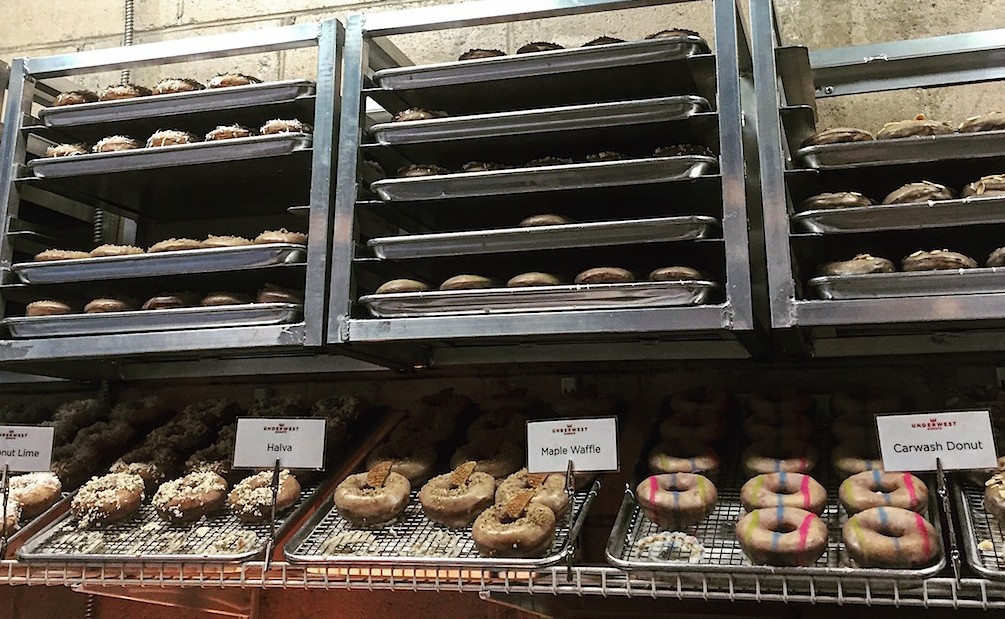 So I kind of have this thing with donuts. Every now and again I just get a craving, and who am I to say no to these things? While I’ve complained about the lack of good options in New York, there just so happens to be adelightufl under-the-radar place in my new neighborhood. And it just so happens to be located in a car wash.

The donut shoppe is more of a hallway between the car wash office and the actual car wash, and a glass wall lets you watch as the job gets done. This is a tiny little space, but it’s done up with lots of plexiglass and light. Nothing dark or dingy here. There were two people working, and both were incredibly nice and helpful. Always a plus.

I got three donuts: an old fashioned cake, a Halva, and a Maple Waffle. The old fashioned was made to order and was a traditional cake donut. Totally a fan, and the freshness was appreciated — this was fluffy and aery, but still had great texture. The Halva was new to me, and is a traditionally Middle Eastern dessert based on nut butter and sugar. Typically sesame, this has a rich and creamy flavor and happened to be my favorite of the three. The last one I ate was the Maple Waffle, which was delightful but a bit too sweet for my tastes, although I though the glaze was perfectly done and the portions were great.

The donuts aren’t huge, but I still thought they were a good deal based on the neighborhood and the novelty. And the fact they were done perfectly.

There’s a selection of coffees and beverages as well, and I got an iced coffee, which had an incredibly rich flavor, and was perfectly roasted. Zero bitterness, and tasted almost like a dessert in its own right, and I drink my coffee black, so that was just the beans shining bright.

Located in Hell’s Kitchen all the way on 12th avenue, between 47/48