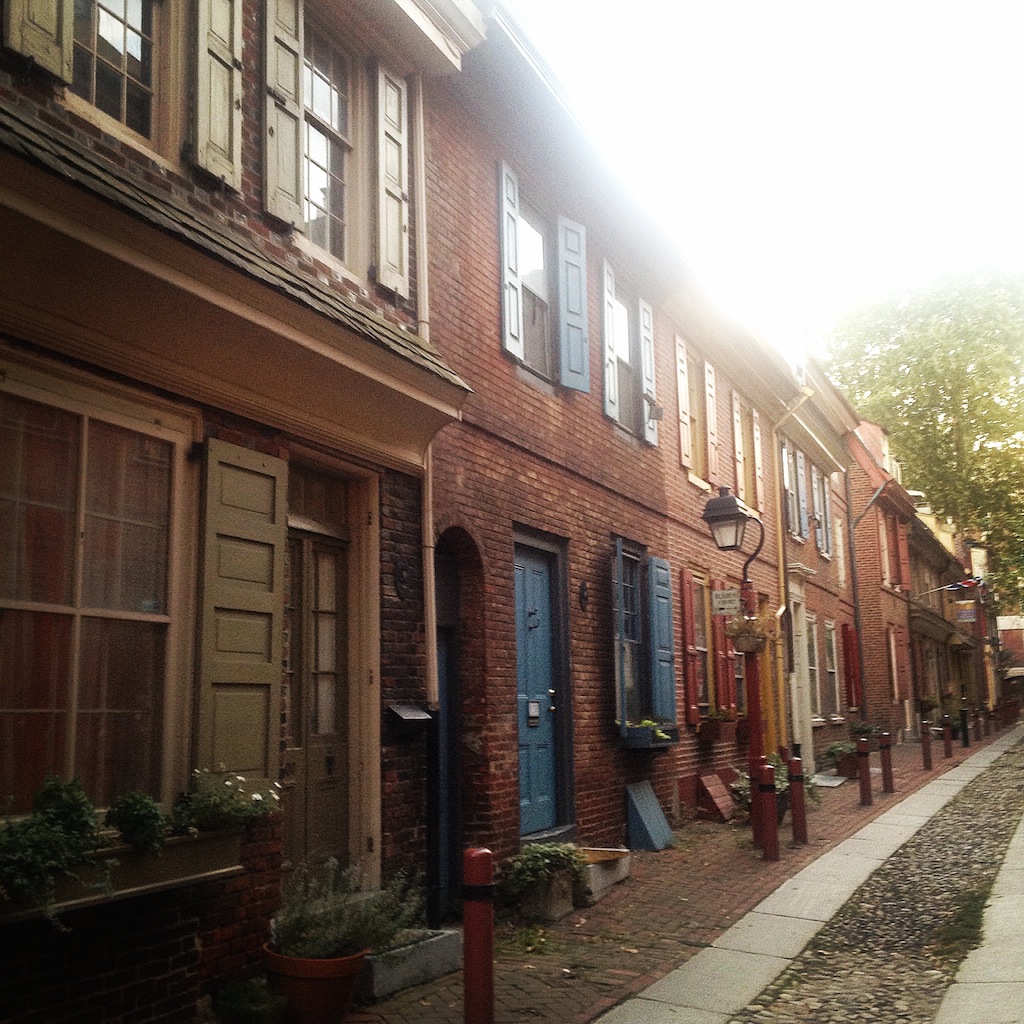 I was recently in Philadelphia for work, and got into town a little early so I could have some time to explore the city. I’ve never been to Philadelphia before, but was pleasantly surprised with what I found.

Philly is  something of a blend between New York and Boston, with a dash of European sensibility. The people were friendly, and the architecture was a delightful melange of colonial, Art Deco, contemporary, and everything in between. The city has a smaller scale to it, and it was very approachable and welcoming.

One of the architectural gems I discovered was Elfreth’s Alley, America’s oldest continuously inhabited residential street.

This tiny cobblestone street is located in the Old City between Front and 2nd Streets, and represents three hundred years of history. There are thirty-two buildings along Elfreth’s Alley, and the were built in teh 1720s-1830s. There is something quaint and welcoming about them.

Two colonial craftsmen, blacksmiths John Gilbert and Arthur Wells, owned the land where Elfreth’s Alley now sits. In 1702, each man gave up a portion of his land to create an alleyway along their property line that connected their smithies near the river with Second Street, one block away. By that date, Second was a major north-south road, connecting Philadelphia with towns north and west of the city and the frontier beyond.

Since 1702, Elfreth’s Alley has been home to more than 3,000 people. Today thirty-two houses, built between 1728 and 1836, line the alley. They form one of the last intact early American streetscapes in the nation. Elfreth’s Alley is a National Historic Landmark District, one of the first districts that celebrates the lives of everyday Americans.

My friend and I walked throughout the neighborhood, filled with boutiques and restaurants and the like, and exploring on foot was a wonderful way to spend an afternoon.