There are always two sides to every story, especially when you work in the creative world. There’s the gritty, unfiltered behind-the-scenes back-and-forth that drives everything forward, and there’s the glossy, front-of-house show, which is the result of all that hard work. I’ve been talking about freelance a lot lately in my Quoth series, and this idea has been something I’ve sort of had stuck in my mind lately. 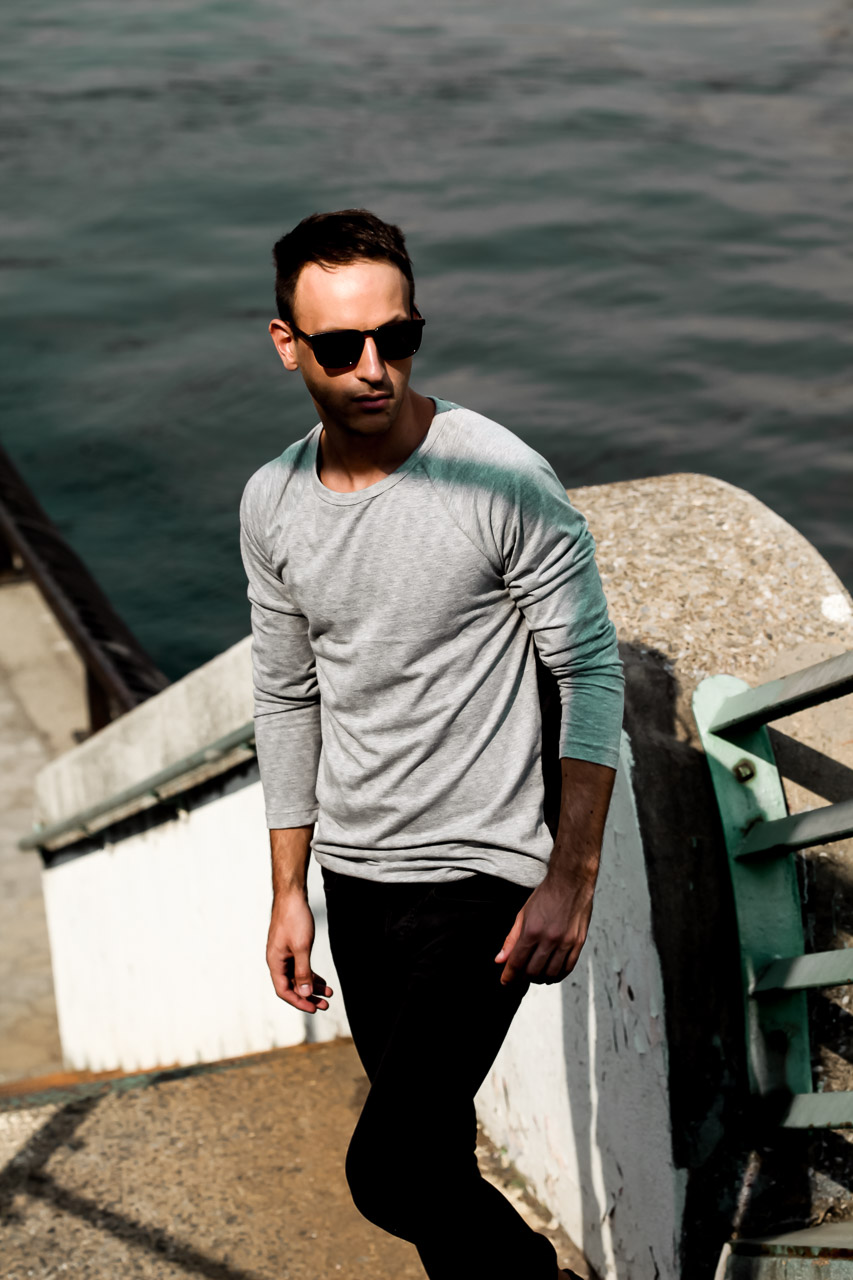 There’s so much focus on the finished product that sometimes people forget the process is as critical as the result. They think they need to bulldoze their way to getting what they want, even though sometimes taking a little bit of time and exploring other options is just as good of a strategy. Usually, it’s the better way to do things — let it breathe, expand a bit. You wouldn’t throw a tomato in a hot pot and call it pasta sauce, so I’m not sure why people are always pushing, pushing, pushing on projects to get them done, expecting magic. You don’t drive deeper into Hell hoping to get to Heaven. 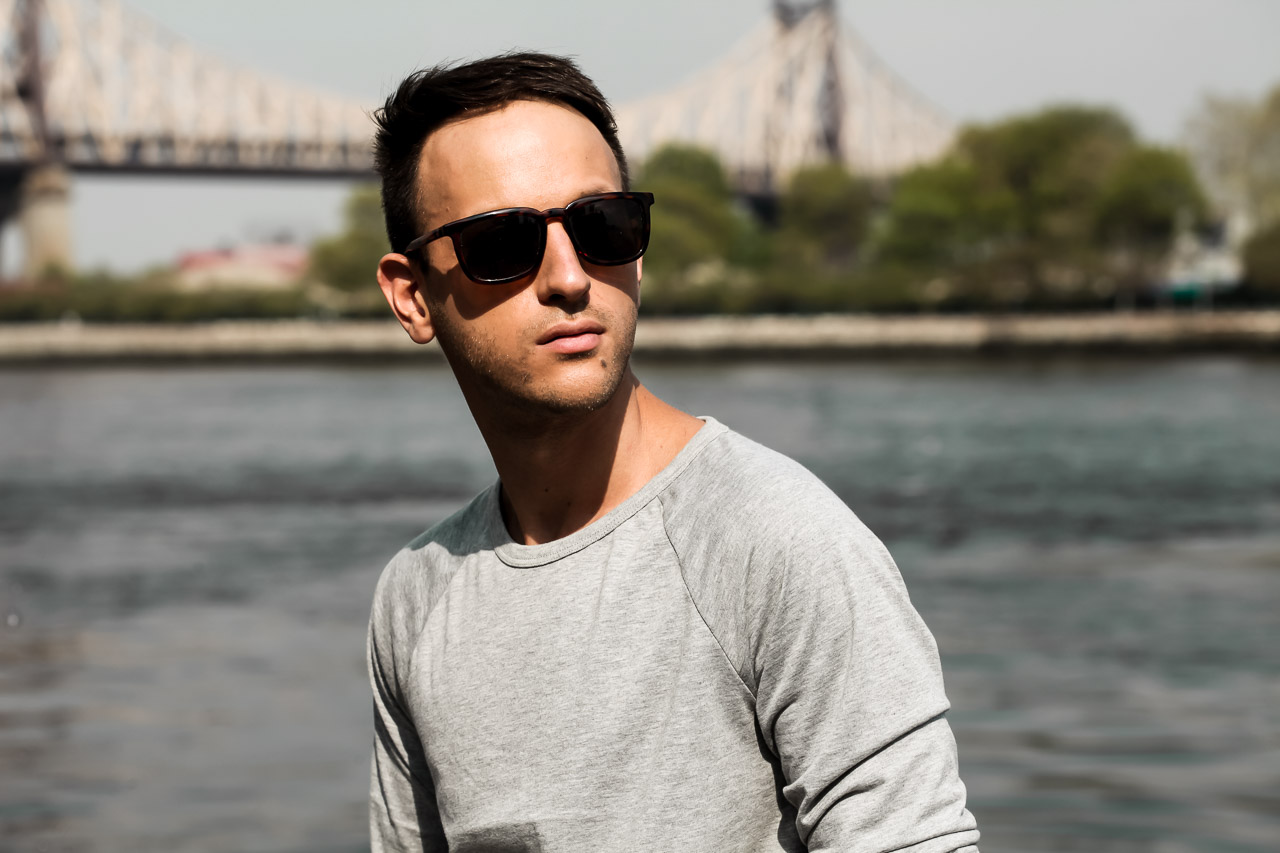 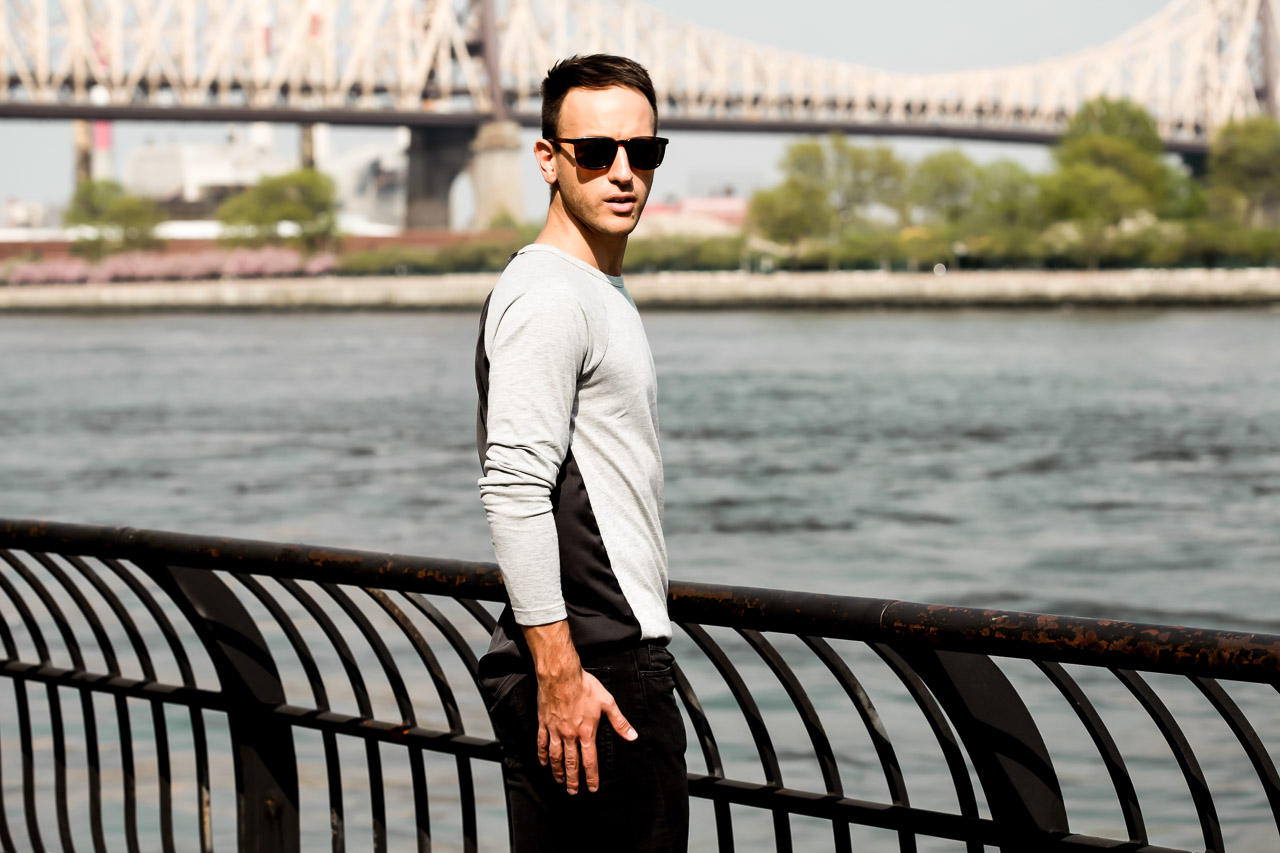 So how do I make this about an outfit? Well, I guess there’s some interplay between the heather gray front and the satin back of this baseball t-shirt. Which is both casual and refined, the interplay between textures and colors key to making it stand out from the sea of everyday basics. The idea that a creative mentality looks at the mundane and finds the magical, seeing possibility and potential where other people see the same old thing.  There’s the whole idea of sometimes it’s more important to make a better exit, giving the crowd a pleasant view as you walk away, knowing that they’re peeking at the goodies they know they can’t have. Sophia Loren said sex appeal is 50% what you’ve got, and 50% what they think you’ve got: creativity is the same.