On Stealing WiFi from the Ritz 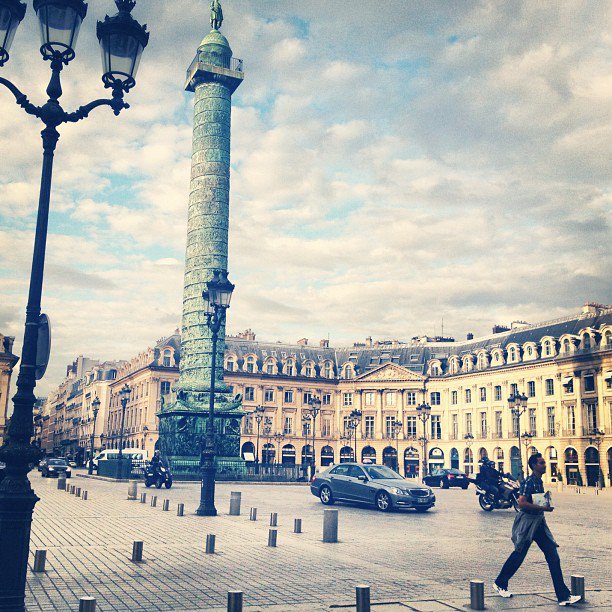 It’s been quite a while since I was in my beloved city of Paris. Much too long, but I’ve been busy in NYC and have had neither time nor funds to make my way across the sea. But that’s ok, because I’ve been working on some pretty cool new projects, and also because I made myself a promise. That promise? Drinks at The Ritz.

The last time I was in Paris I stayed just around the corner from the Place Vendôme, home to the legendary Hôtel Ritz Paris.

The hotel bar is something of a legend, one of Hemmingway’s favorite spots, and I had wild imaginations about what it would be like to get a drink there.

The last time I was in Paris I was working on a project. A dream of a project, actually. And so I was busy soaking up that feeling of accomplishment, relishing in my time in the city and in the project at hand.

And when I was done working for the day I would go for a walk through the gardens of the Tuileries, and through the Place Vendome, and the neighborhood nearby.

But I never went into The Ritz, even though I easily could have. I had the clothes, I had the desire, the dream. I had the money for at least one (very expensive) drink.

But I also had the idea that this is something I wanted to wait on. That this experience was one that I wanted to save for later.

Add it to the “Bucket List,” if you will. I had no idea when, but I just knew I would be back in Paris.

A lot of people travel with an list exploding with places to see and things to visit. They rush through their allocated time, checking things off a list while never really, truly seeing the things they’re taking pictures of. It’s kind of sad, really, and I’ve made the conscious effort to stop traveling like that. Partly because it’s exhausting, and partly because it really isn’t satisfying.

I don’t really find inspiration in that kind of travel, either.

When discussing his writing habits, Hemmingway always said he would stop writing in the middle of a sentence, right when he knew what would happen next.

That way you keep motivation and the thought process going, and when you come back the next day you’re right where you need to be.

So that’s what I did with “Drinks at The Ritz.” It’s on my list of things to do when I finally get back to Paris, and it’s a little thing that lingers in the back of my mind when I think about what I’m working on now, and how it’ll lead be back to Paris.

As for stealing wifi from the Ritz?

On my evening walks through the Place Vendome I would always take out my phone, and stand just close enough to pick up the WiFi signal from the Ritz. Surprisingly they had a free connection — so I would enjoy a bit of open air in the gorgeous surroundings, reply to work emails, and watch the glamorous people come and go. Sometimes putting yourself next to such an environment is all the inspiration you need.

And it’s classier than using the wifi at McDonald’s.