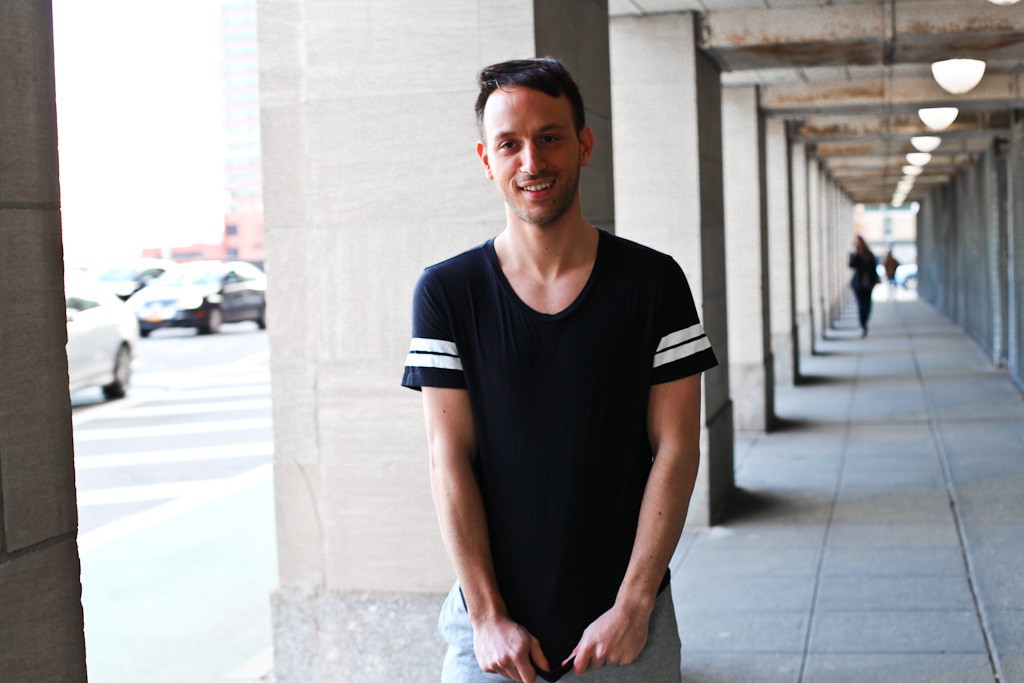 I’m a nervous laugher. I never thought I was until I started working out. Every single time my trainer would explain how to do a move that I thought was out of my reach I would smirk. I would chuckle.

Hold that dumbbell thing while doing some kind of plank thing on top of a wobbly exercise ball while sucking in the abs while arching the back while making sure the chest is pumped up and… “I look ridiculous,” I would think.

But I would do my best to make that series of moves work. Some were definitely easier than others, and the more and more I’ve trained, the more I’ve allowed myself to be decidedly uncomfortable, the less I’m awkwardly chuckling.

Because it’s ok to be uncomfortable with an exercise. Some things look crazy. I mean, let’s be honest, some exercises make you look absolutely insane — hello box jumps — but they work, and the point is that you’re doing them. Not how you look. But how you WILL look, ya know?

I once had a friend who was always so nervous at a bar. ALWAYS convinced that people were staring at him because he felt so insecure and out-of-place. Like they somehow knew or something. But that’s kind of narcissistic in the worst way, if you ask me.

But let’s roll with the bar/gym metaphor, and pretend that you’re that McAwkward at the bar.

You could just stand there, and not do anything. Drink a beer, stand against the wall. Wait out the night. You know, see that super hot and intriguing person just steps away, but do nothing. You’re going to hope that maybe, just MAYBE, they’ll come over to you.

It’s easy to do, but you get nowhere, and isn’t that a waste of your time and money?

Why not let yourself have that nervous, awkward laugh, and go for it. Go up to someone and say hi. They’re probably not thinking you’re a loon so much as you have something funny on your mind, which makes you seem more approachable and friendly and is kind of the point. (Unless you keep giggling the entire time and then yeah, that is kind of creepy…)

That’s basically the same idea as working out, as pushing yourself at the gym. Nobody is there staring at you, focused on you — truth is, the gym is a pretty self-involved place. Everyone is there to make him- or herself better, to grow and evolve and be better than the day before.

So chuckle and do those squats. Even if you think you look ridiculous. Because you probably do, but once you’re done nobody’s going to be laughing at your booty.