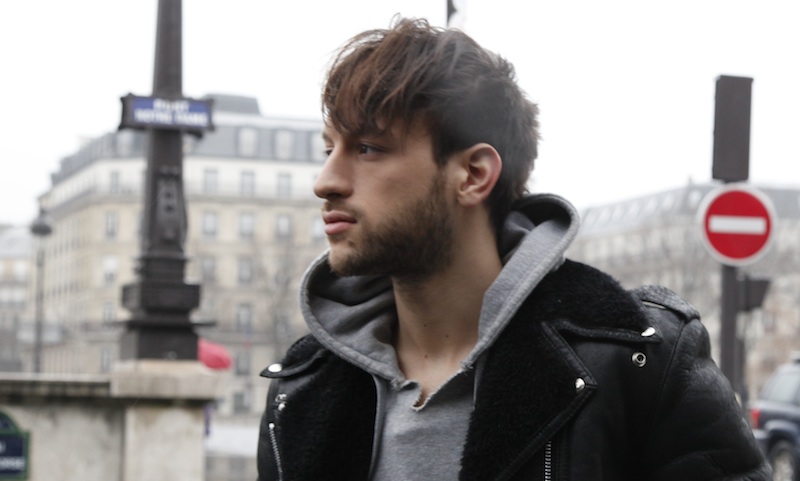 Routines happen to the best of us. Morning coffee at the place around the corner, ordering in the usual food from the place next door, a regular bedtime. Travel helps us kick the habits and live a little bit more completely.

When I was in Paris this summer I spent a day with friends going from cafe to cafe, enjoying a glass of wine here and there. We explored the neighborhood along the Seine, closing out the evening with a wander through the immortally charming Marais.

At the end of the night a friend and I were hungry, our stomachs blithely nonplussed it was already midnight. So the two of us continued to walk around for a bit more, trying to figure out what it was we wanted to eat. Crepes? Na. A full meal? Hmmm, no. Falafel from L’as Du Falafel? Not that night.

We finally decided on just just a bit of charcuterie, cold cuts with a selection of cheeses.

So off to Cafe Charlot we went. Located in the 3eme arrondissement, known sometimes at the Haute Marais, this is a charming terrace cafe, located right on the corner of the street. And even though it was midnight, the place was packed.

When I’m home in New York midnight usually means I’m home and in bed, or getting my night owl on and doing some work.

We were lucky to snag a table for two right at the back, perfectly primed for people watching, and as we enjoyed another glass of wine, I started looking around at what other people were eating.

A couple was sharing a basket of fries on one side, and there were a pair of girls on the other. One was eating a steak, and the other appeared to be eating a pile of raw chicken. How awkward.

“Umm, what are you eating?” I asked, in my best baby French. “Tuna.” she said, in English.

Oh. I laughed. It looked like raw chicken, I told her.

Lame? Sure. But the four of us spent a good hour talking about Paris, language, travel, and just everything and nothing at all. The pair were from Montreal — one lives in Paris now and the other was just visiting. We talked about favorite food places, joked about the French language mistakes we each made. The conversation faded out as we each went back to our own conversations, but when they left they waved and said goodnight, as if we were old friends instead of strangers.

And it was, essentially, just stepping outside of a normal routine, a normal comfort zone that gave me one of my favorite nights in Paris. When you travel you can be whoever you want to be. Foreign, mysterious, outgoing — go for it. And when the routine of your normal day to day starts to get to you, just remember, there’s no reason you can’t be that person on a normal night out, wherever you live.

This post originally appeared on www.highclassnocash.com
Photo by Justin Wu for High Class, No Cash